Who are all have been eagerly awaiting for the crime drama web series “ Ashram season 3”? The past two seasons have reached the utmost success which results in making the people wait for the upcoming series with maximum curiosity. Under the direction of Prakash Jha, the series is shooting and it is expected to be released on April 2021 in India. Due to this pandemic situation, they are facing some challenges in getting to be published at right time.

To be noted, the director of this series “Prakash Jha” has must be appreciated who puts a lot and a lot of effort and hard work in all three seasons which inspires everyone to love and watch. One of the best and better webs series that reaches a wide range of users and have a huge fan base for the stunning script and acting of people. 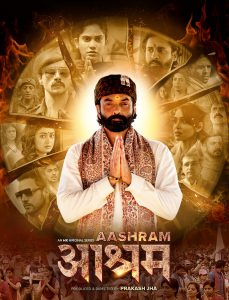 The Second Chapter Of Aashram Gets Released On Nov – 2020 And Still, Fans Are Waiting Towards Next

On the day of the second season release, the series has gained 100 million views in just 5 days. Such a record breaking hit and also be a reason for arriving in the next series. The producer of this series was really surprised by this mega hit and he gets curious to shoot and release the next series soon for entertaining the fans.

The covid 19 is spreading severely everywhere that affects the shooting schedules tremendously and makes the delay of releasing the next series.

You all may know that the Aashram series has won the award of “The ITA Landmark show” with best entertainment title at 20th Indian Television Academy Awards. And it would be a great proof of indicating the success.

After the successful history of season 1 and season 2, Prakash Jha has planned for the next series and told a big surprise is waiting for you in the upcoming one. And it increases the interest of his fans and results in surfing frequently about this update. Here are the lists of cast news about season 3 that everyone willing to know.

(Bobby Deol ) in the character of Kashipur waale Baba Nirala

(Aaditi pohankar) in the character of Parminder aka pammi

(Darshan Kumar) in the name of SI Ujagar Singh

(Anil Rastogi) in the name of CM Sundar Lal

(Tridha Choudhury) In the character of (Babita) 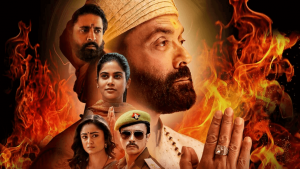 Does The Series A Real Life Story?

Everyone is saying that the story of Aashram season 3 is mingled with real-life people. In Aashram Season 1, we cannot say everything is a true fact, only a few parts of the narratives are framed to indicate the Godmen in India. It highly talks about the expose of Baba whose character maybe raise and fall once the series gets released.

There are a plethora of real time factors that have been integrated in this series that are completely true and fact among the people. For instance, the rape accused is such a big crime where people from all corners of the world are raising to bring immediate action against it. They all have a mixed proportion of rape, political patronage, loot, hoarding, and more.

Hope so, the written information may help to understand your favorite webs series that you have been waiting for so long. Let’s see the series is going to be revealed on April 2021 and there is no proper evidence or legal updates not yet given by anyone officially. These are the things that surround among everywhere, just make use of it.

The Importance Of Work Ethics For Hairdresser Fitzroy North Success

How Do Health and Beauty Connect With Each Other?

Get that Healthy Glow: How to Revitalize Your Skin in 2022