Chetan Sakariya is an Indian cricketer who plays for the Rajasthan Royals in the Indian Premier League and Saurashtra team in domestic cricket. He was born on 28 February 1998 (age 23) in Bhavnagar, Gujarat, India. Sakariya is a left-arm medium-fast bowler. 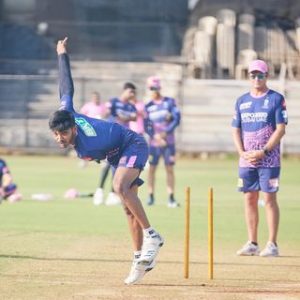 Chetan Sakariya’s height is 170cm approx. (5’7” feet) and he is unmarried. Sakariya’s eye color is dark brown and also his hair color is black. Sakariya’s nationality is Indian. His hometown is Vartej, Bhavnagar. Gujarat. Pisces is his zodiac sign. He is a fast left-arm bowler and a left-handed batsman. Rajendra Gohil is coach of Chetan. His jersey number is 28(in IPL).

Chetan Sakariya’s education qualification is 12th in science at Vidhya Vihar High School in Bhavnagar. His father wanted him to become an engineer but he was committed to cricket. He aimed to become a cricket player. So, he quit his studies and started to focus on cricket. Chetan Sakariya is from a middle-class family. His father, Kanji Sakariya is a lorry driver and his mother, Varsha Sakariya is a homemaker. He has a younger sister named Jignasha Sakariya and also a younger brother, Rahul Sakariya.

Chetan Sakariya was the sole provider in his family and his father was unable to afford his cricket expenses. He managed himself in working in a stationary and he was helped by this maternal uncle, Mansukh Bhai. Mansukh Bhai paid his tuition fees and allowed him to play cricket. 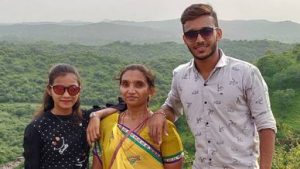 Sakariya used to play cricket in his school days and he was also a part of the school cricket team. Once playing for his school team in a tournament, he got the attention of Rajendra Gohil. Later Chetan Sakriya joined Bhavsinhji cricket academy. Chetan Sakariya started his carrier in first-class cricket for Saurashtra at Ranji Trophy in November 2018. He replaced Jaydev Unadkat, who has out due to injury during that match. His impressive performance at the Ranji Trophy helped him to move to hid next level. Then he got the scholarship to train by Australian cricket legend Glenn McGrath in MRF Pace Foundation. 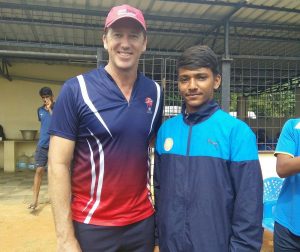 Chetan Sakariya made his contribution in IPL and picked up a 3-wicket haul on his match for Rajasthan Royals against Punjab Kings on 12th April 2021.

What Are The Hair Myths That Are Believed In Hairdressers Melbourne?

Make a happy moment at m4ufree by watching all genres